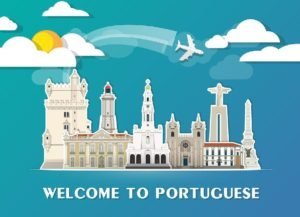 In this lesson, you’ll learn the reasons why you should start learning a new language, why you should learn Portuguese in particular, and how to get started.

Why learn a new language?

There are countless reasons, but perhaps the biggest one of all is that it could actually change your life! Learning a new language unlocks new pathways that are off limits to you now.

There are certain things that you simply cannot do without having the technical or cultural skills that come from learning a new language.

Knowing another language provides you with greater job opportunities. You have the freedom to move to another country halfway around the world and be able to earn a living, or even better yet, build a career from it – instead of just being stuck in one place.

Language allows you to visit or live in places that you may never even have considered going, simply because that wasn’t a possibility for you. Knowing another language simply gives you more options to choose from.

And learning a new language also helps you to be more open-minded and see the world from a new perspective.

Language and culture go hand in hand. The world is a big place, and by broadening your understanding of other cultures, it allows you to be more empathetic and understanding of the many different ways that people live their lives. With language, you’re able to see and experience more, which helps you to grow as a person.

Several studies have consistently shown that those who study another language have improved memory as opposed to those who didn’t learn another language. Learning another language also keeps your brain healthy by significantly delaying the onset of Alzheimer’s and dementia. This difference can be as much as 4 to 5 more years of quality life!

And those are just some of the reasons you should learn another language. The list just goes on and on.

Brazilian popular culture is widely known for its richness and diversity. The country’s mixed background resulted in a unique culture, famous for its music, such as Samba and Bossa Nova, and Telenovelas, a type of soap opera watched in more than 100 countries worldwide.

Not to mention the Brazilian football team and players, cheered and followed by the whole world, and the famous top models that are from Brazil! Learning Portuguese will allow you to take in all that Brazilian culture has to offer.

Also, did you know Portuguese is the 6th most spoken language in the world?

Over 260 million people speak Portuguese today, making it the fastest growing western language after English. Portuguese is spoken in 10 other countries besides Brazil.

Brazil is huge. Not only is it the largest country, it’s also the largest economy of Latin America. Brazil has been the world’s largest producer of coffee for the last 150 years. And it’s big in other industries too, being the South American #1 in the automotive, oil, iron, and steel industries.

Knowing Portuguese opens up many business opportunities. And knowledge of the language, of Brazilian culture, their work ethic and business etiquette can go a very long way in the world of business. Oftentimes, it could even make or break an important business deal. Knowing Portuguese then will put you ahead of the pack.

For instance, Brazilians’ more relaxed attitude and pace often lead to more lengthy business interactions. Rushing these interactions, pressing for final decisions, and avoiding small talk and socializing may be perceived as rude and even untrustworthy. This could definitely influence the making or breaking of a deal.

We should add that only 5% of Brazilian population speak English. So, either for business or leisure purposes, speaking at least some Portuguese will really make a difference.

And who hasn’t heard of Brazilian beaches, Rio de Janeiro, or Carnival?

The many traditional festivities, the tropical climate, and the people’s hospitality make Brazil a fascinating tourist destination. The country’s coastline measures 7,491km (4.655 miles), and comprised of more than 2000 beaches.

Brazil is also ranked as the country with the greatest biodiversity in the planet, being home to 60% of the Amazon Rainforest and the Pantanal, among other Unesco World Heritage Sites (19).

How to get started

Well, it’s as simple as learning your first word in Portuguese and building up from there!

The good news, though, is that you already know some Portuguese: Shopping Center, Notebook, Feedback.

There are many English loanwords that are used in Portuguese today, but the reverse is also true. Many Portuguese words have found their way into English: Banana, Guaraná, Cobra.

Even without teaching you any Portuguese, there’s a good chance that you’ll recognize some Portuguese words.

It means “thank you” in Portuguese. For females, that’s: 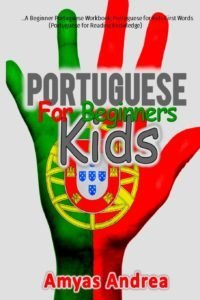 This course sequence is designed for students with no previous classroom instruction or functional ability in Portuguese, and little or no experience in another Romance Language. Students are exposed to intensive grammar instruction to develop their listening, speaking, reading, and writing skills. Most students completing this course sequence will be able to initiate, sustain, and close a conversation dealing with familiar topics, and will be able to write short narratives and read authentic texts based on specific reading strategies. They will notice a tremendous difference in terms of comprehension from week 1 to week 7, and by the end of the program they will create with the language to a certain degree, combining elements to communicate personal meaning and satisfy relatively simple social demands with confidence, often in a reactive mode. Students in this course will also be able to better understand the complexities of the target language culture. Based on data gathered during the previous Portuguese School summers, the majority of students completing this level achieved Intermediate levels in the final oral assessment.

This course sequence focuses specifically on issues that arise when Spanish-speakers learn Portuguese. Because of the similarity between the two languages, typically Spanish speakers progress through Portuguese language classes at an astonishingly fast rate. In addition, with work on vocabulary and specific structures, they are able to communicate at a higher proficiency level in a shorter period of time. In this program, students not only have proficiency-oriented instruction to develop their communication skills, but they are also constantly challenged to improve their pronunciation and intonation in the target language. As they develop their sensitivity to recognize the differences between Portuguese and Spanish, they become more and more conscious of the need to sustain communication in a ‘patrol/controlling’ mode. Therefore, they are constantly stimulated to use the language with more confidence, aiming at fluency and, at the same time, accuracy. Depending on their proficiency, students with some limited formal instruction in Portuguese may also place in this level. Based on previous Portuguese School summers, the majority of students completing this level achieve “Intermediate High” to “Advanced Low” levels in the final oral assessment.

This course sequence is intended for students who have usually completed one semester of Portuguese, and it is designed to expand the PGSE 3195 & PGSE 3196 courses. In this program, students will develop their cultural background of the Portuguese-speaking countries nowadays, to better understand their diversity and complexities. Through different culture units, students will be able to enrich their experience as they heighten their awareness of the Lusophone artistic production, engaging in interesting class discussions, participating in dynamic and creative activities, and developing projects either in groups or individually. The interpersonal and in-depth exchanges will help them grasp the target language culture, as well as develop fluency as they are exposed to authentic texts in Portuguese, which will reinforce what they are learning in the grammar class, as they start becoming more confident while using a more structured argument to convey meaning.

Students enrolling in this sequence will have completed successfully one year of Portuguese and will have a proficiency level of “Novice- High,” according to the ACTFL proficiency guidelines. In this class, they will strengthen their knowledge of grammatical and syntactical structures and improve their mastery of the language while increasing vocabulary and functional communicative ability. They also start developing the ability to sustain communicative exchanges using connected discourse of paragraph length, diminishing increasingly their pattern of errors. Most students successfully completing this sequence will emerge with a proficiency level of “intermediate high.” Depending on motivation, effort, and previous knowledge some students may progress to a level of “advanced low” or “advanced mid” during this sequence.

Students enrolling in this sequence will have completed at least three semesters of study in Portuguese and will typically have a proficiency level of “Intermediate-High” (and occasionally at least “Intermediate-Mid”), according to the ACTFL proficiency guidelines. Many times, students enrolled in this level have also participated in study abroad programs in countries where the target language is spoken, besides their traditional exposure to Portuguese at college. Students will engage in intensive language instruction to strengthen their knowledge of grammatical and syntactical structures, as well as improve their mastery of the language while increasing vocabulary and functional communicative ability. Students completing this sequence will participate actively in in-depth conversations on topics of both personal and public interest, using and combining a variety of communicative devices to satisfy linguistic needs. They may also develop a discourse in a more professional level. By the end of the program, students tend to achieve a proficiency level of “Advanced-Low” or “Advanced-Mid”. Depending on motivation, effort, and diligence, some students will progress to “Advanced-High” during this sequence.

Students enrolling in this sequence will have completed successfully three to four semesters of study in Portuguese and will have a proficiency level of “Intermediate-High” or “Advanced-Low” according to the ACTFL proficiency guidelines. Students enrolled in this level are able to watch authentic TV programs, read authentic texts and communicate with Portuguese speakers on several different familiar topics. In this level, they will continue to strengthen their knowledge of grammatical and syntactical structures and will continue to master the language, while increasing rich and diverse vocabulary through extensive reading. They will also learn how to deal with linguistically unfamiliar situations, which usually help them cope with complicated communicative exchanges. They will practice writing and speaking at different registers as well, studying cultural and literary texts in depth. Students completing this sequence will emerge with a proficiency level of “Advanced-Mid or High”. Depending on motivation, effort, and diligence, some students will progress to the “Superior” level during this sequence. This course sequence is not offered every summer.

Students enrolling in this sequence will have a good foundation of Portuguese after usually the equivalent to two years of study, and will have a proficiency level of at least “Advanced-low,” according to the ACTFL proficiency guidelines. In this sequence, students will continue their linguistic development through the study of specific cultural aspects that enable them to increase vocabulary, as well as language proficiency while learning more about the Lusophone world. Classes are designed to enable students to practice written and oral language addressing different registers, and they will also explore literary texts in depth. They tend to participate intensively and effectively in formal and informal conversations, on topics related to their professional areas and scholarly interests, but also on unfamiliar topics that demand a more focused and elaborated pattern of discourse to convey complex meanings. Most students who successfully complete this sequence will typically develop skills at the “Advanced-High” and, occasionally, they might achieve the “Superior” level of proficiency.