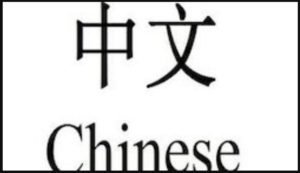 Thank you for choosing our Chinese tests.

To help evaluate the Chinese levels of non-native Chinese speakers across the world, Hanban has developed three exams, HSK (Hanyu Shuiping Kaoshi), YCT (youth learner test) and BCT (business Chinese test). We will provide outstanding examinees with scholarships and all of you with opportunity of summer/winter camps, intending to attract learners to apply to our Chinese evaluation system.

Up to now, the Chinese testing centers have spread all over domestic and foreign lands. Internationally, there are 180 testing centers in 60 countries. And in 2009, more than 600,000 Chinese learners registered and attended our tests, among which, 436 received scholarships and 333 winter camps.

Our aim and purpose include –

• initiating/perfecting a Chinese evaluation system that is practical, motivational and effective, so as to enhance the qualities of Chinese teaching and learning internationally;

• providing Chinese evaluation services that are the most influential and reliable. 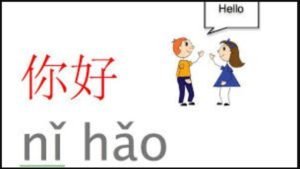 The new HSK test was launched by Hanban in an effort to better serve Chinese language learners. The test is the result of coordinated efforts by domestic and foreign experts from different disciplines including Chinese language teaching, linguistics, psychology and educational measurement. The new exam combines the advantages of the original HSK while taking into consideration recent trends in Chinese language training by conducting surveys and making use of the latest findings in international language testing.

Details are as follows

The new HSK test was launched by Hanban in an effort to better serve Chinese language learners. The test is the result of coordinated efforts by domestic and foreign experts from different disciplines including Chinese language teaching, linguistics, psychology and educational measurement. The new exam combines the advantages of the original HSK while taking into consideration recent trends in Chinese language training by conducting surveys and making use of the latest findings in international language testing.

Test takers who are able to pass the HSK (Level I) can understand and use very simple Chinese words and phrases, meet basic needs for communication and possess the ability to further their Chinese language studies.

Test takers who are able to pass the HSK (Level II) have an excellent grasp of basic Chinese and can communicate in simple and routine tasks requiring a simple and direct exchange of information on familiar and routine matters.

Test takers who are able to pass the HSK (Level III) can communicate in Chinese at a basic level in their daily, academic and professional lives. They can manage most communication in Chinese when travelling in China.

Test takers who are able to pass the HSK (Level IV) can converse in Chinese on a wide range of topics and are able to communicate fluently with native Chinese speakers.

Test takers who are able to pass the HSK (Level V) can read Chinese newspapers and magazines, enjoy Chinese films and plays, and give a full-length speech in Chinese.

Test takers who are able to pass the HSK (Level VI) can easily comprehend written and spoken information in Chinese and can effectively express themselves in Chinese, both orally and on paper.

The new HSK emphasizes the objectivity and accuracy of the evaluation and stresses the learners’ actual Chinese language abilities.

The new HSK sets clear test objectives to allow the test takers to be able to improve their Chinese language abilities in a systematic and efficient way.

The new HSK retains the former HSK’s orientation as a general (or universal) Chinese language abilities test for adult learners. The results of the test can serve several purposes:

Test takers will receive the results for the new HSK issued by Hanban within one month after the test. 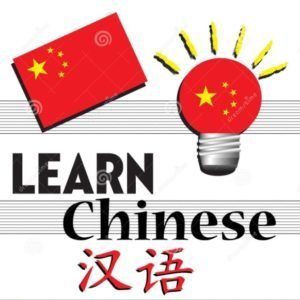 5 Reasons Why Chinese is Difficult

Chinese is not the easiest language for an English speaker to learn! In fact, it takes much longer to learn Chinese than many other languages (Spanish, French, German…). The United States State Department estimates it to take almost 88 weeks to be advanced conversational.

So, what’s the deal? Why is Chinese so hard? Is there a way to make it not so hard? Today we’ll give you 5 reasons why Chinese is difficult.

Note: if you’re thinking about learning Chinese, then make sure to take your free 1-on-1 trial class with a The Beevor Academy! Classes can be taken.

English is not a tonal language. Adding tones to every word you speak is a very unfamiliar and difficult process for non-native speakers.

First, you need to listen and comprehend the tone, which is difficult at the beginning (more so if you’re tone deaf!). Then you need to be able to make the same tone sound with your mouth. Then you need to apply these tones to every word of every sentence you speak quickly. What a process! It takes a long time to get good enough to understand a fast-talking native Chinese speaker and talk back with them!

Reason #2: Chinese is not a phonetic language

Chinese doesn’t use an alphabet. It’s a pictorial language that relies on strokes and radicals to make up individual Chinese characters that then go on to make up Chinese words. This means that you cannot just read the language after you learn the alphabet. You need to learn all these components and memorize each distinct Chinese character in order to read it. Not very efficient, huh?

Reason #4: Chinese is a bit ambiguous

Chinese is famous for having tons of homonyms and lack of grammar. This can make it easy to get started… but hard to get good. Especially in spoken conversations where characters aren’t there to clarify things.

There are tons of homonyms in Chinese! The word “he” “she” and “it” all have the same pronunciation and same tone “ta” with a first tone. So when you hear a story about how she gave it to him… it just sounds like “ta” gave “ta” to “ta.” Sometimes when you hear a story in Chinese you’re never quite sure who is doing what to whom with what!

Reason #5: Chinese has many accents and dialects

How to overcome the difficulties of Chinese

So far, overall over 1 billion people have learned it! So it’s not impossible to learn Chinese by any stretch of the imagination. You can learn Chinese at any point in your life (kids, teenager, adult) and you can still get close to approaching fluency. See how hard (or easy!) the language is for yourself by trying our free trial class. Cheers!